The flexibility from having an N2 in-house saved precious time from what otherwise would have been ‘ugly’ hand-made prototyping.
– Mr. Lu_Engineer

Brainy Bee UAV is a professional UAV system development and integration company. UAV stands for ‘unmanned aerial vehicle’ which can include drones or an aircraft without a human pilot aboard. In 2016, Brainy Bee purchased its first 3D printer, the N2 from Raise3D. They hoped to make their prototype manufacturing and testing process more efficient with 3D printed drone parts.

The company developed its industrial-grade navigation control system and other UAV core technologies. It is involved in work such as integrated design, model verification/testing, and production/system integrations for small size UAV systems. This allows the company to customize its UAV system for military and security projects. However, their prototype manufacturing process was time-consuming and intensive with limited testing capability in certain design areas. Since Brainy Bee was involved with projects in sensitive fields like the military and security, the company aimed to improve their process by incorporating 3D printed drone parts into their prototypes. And Brainy Bee selected an engineer named Lu to test out the 3D printing initiative. 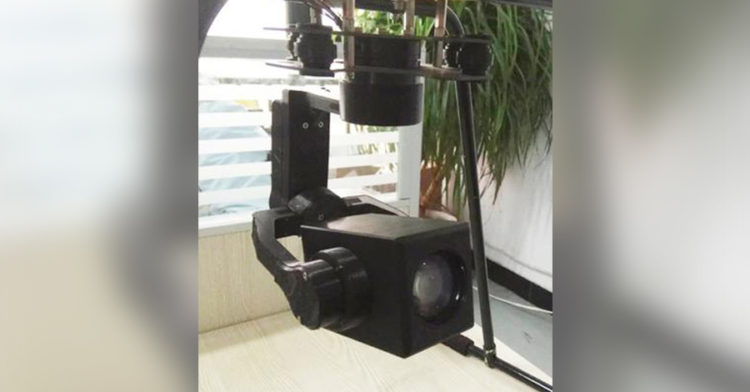 Before the N2 3D printer Lu had a long and laborious prototype process which gave limited results. He would start by designing and preparing 2D drawings of the proposed prototype. He would then measure, cut, drill, and screw fiberglass or carbon fiber plates together to create a rough prototype. Lu’s handmade prototype consisted of basic functions and measurements based on his 2D drawing. The prototype was limited to perform function tests such as installment and mounting. At this stage, the prototype’s design aesthetic would be far off Lu’s original design from his 2D drawings. This whole process would take Lu a week to perform.

Now with the N2 3D printer, Lu can print a final version of the PTZ camera mount with full functions in 10 hours. That is a 94.05% decrease in production time. The 3D printer eliminated the necessity of time-consuming hand-crafted work in the production process. The only involvement is now in the initial design.

Brainy Bee UAV currently uses its Raise3D N2 printer for prototyping in the pan-tilt-zoom camera mount. The PTZ (pan-tilt-zoom) camera is a camera that is capable of remote directional and zoom control. Having the ability to test out its full function as well as view the final design is important.
Lu creates the PTZ mount while optimizing for 3D printing by designing and exporting files in a .STL format. Once the model is printed, the 3D printed parts are directly assembled with the UAV hull and a sports camera can be mounted for immediate testing. 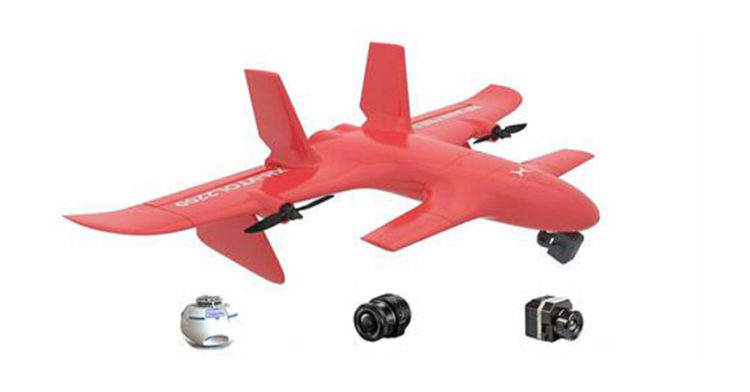 Tyrconnel Improves Scope of Replication and Production Services with Raise3D