The Schmitz Pediatric Hearing Center in Bremen provides children who need hearing systems as early as possible, by diagnosing any hearing problems to facilitate the child’s learning and advise their parents. Schmitz was one of the organizations that volunteered to employ 3D printing technology in order to help the public during the COVID-19 pandemic. 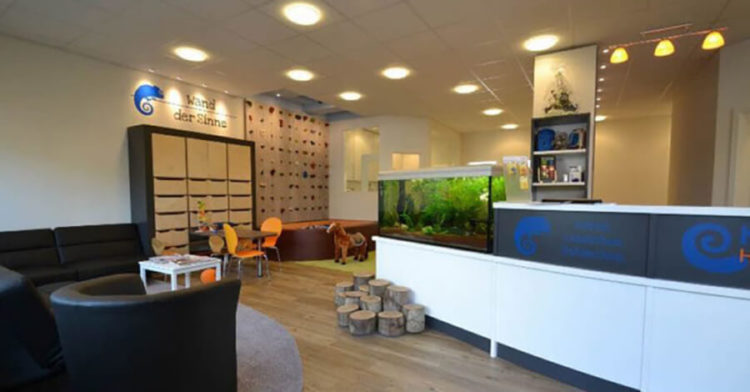 The COVID-19 pandemic led to the requirement of wearing a mask in public. As people complied with mask-wearing regulations, those who wear hearing aids, headphones, and jewelry (specifically, earrings) experienced unexpected issues. Their hearing aids, headphones, and jewelry would accidentally fall to the ground whenever they were putting on or removing a face mask. In many instances, these items were damaged or even destroyed when they accidentally hit the ground.

Beyond the scope of the pandemic, some of these items are sometimes misplaced, which can result in significant financial loss. Schmitz used “ear savers” that staff initially cut out of plastic by hand to resolve this issue (See Schmitz’s Instruction Youtube Video Here). 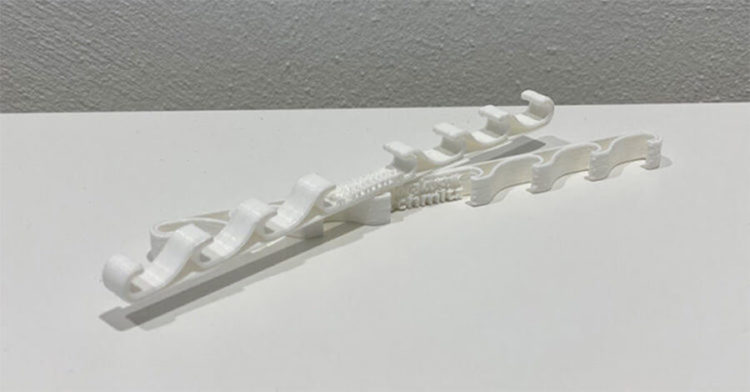 Since the demand for “ear savers” increased rapidly, Schmitz designed new models of “ear savers” using CAD software. Then, Schmitz purchased its first refurbished Raise3D Pro2 dual extruder 3D printer to produce these new ear savers. Thanks to the industrial-grade quality of all Raise3D printers, Schmitz was able to run the Pro2 dual extruder printer continuously 24/7 to achieve maximum capacity. Between mid-July and the end of October, Schmitz used 3D printers to produce around 14,000 ear savers, and dispatch them to the people who needed them.

Schmitz also implemented Raise3D’s slicing software, ideaMaker, to automatically optimize printing “ear savers” by filling up the whole printer bed. This allowed Schmitz’s staff to have to stop manually cutting out plastic film one by one. 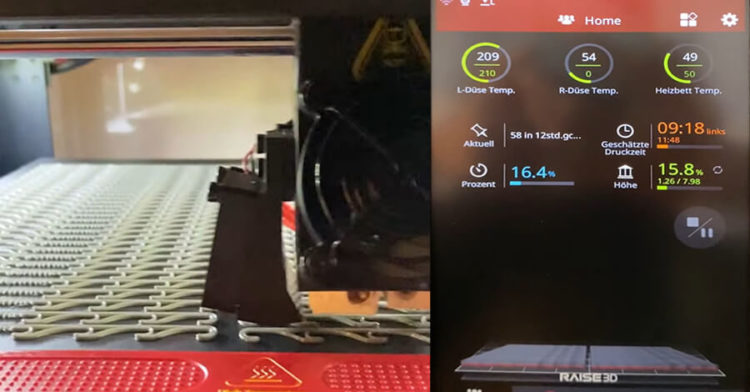 Once again, there is a rapidly increasing number of requests for 3D-printed ear savers from doctors and other medical professionals. These inquiries do not only come just from Schmitz’s region but nationwide. Every time the demand for “ear savers” surpassed total printing capacity, Schmitz deployed an extra Raise3D printer to ramp up production capacity. Due to the small size and independent operating of a Raise3D printer, the production line is easily organized inside the office. Three more Pro2 dual extruder 3D printers were added to Schmitz’s production line. The machines in Schmitz’s production line were furnished by OKM3D (Raise3D’s German distributor).

The current Covid-19 pandemic has challenged modern industries with its swiftness and massive scale. By contrast, the emerging 3D printing technology effectively withstands the virus by forming a distributed production network. As part of an advanced industry blueprint, 3D printers have proven how essential they are in the upcoming and complicated world economy.

Zetamix, the First Ceramic and Metal Filaments Accessible to All