Unitycoon Co., Ltd. (also referred to as Unitycoon) is a full-service company dedicated to the design and production of auto parts in Taiwan. Specialized in design, development, and innovation, Unitycoon expanded several auto parts production lines, mainly serving mid-to-high-end auto brands in the United States, Japan, and South Korea. The company focused on customizing automobile parts to enhance the car’s appearance while improving each part’s performance.

Unitycoon uses 3D printers from Raise3D to produce spare parts models for prototyping and testing, enabling them to save costs and improve the success rate of prototype verification. 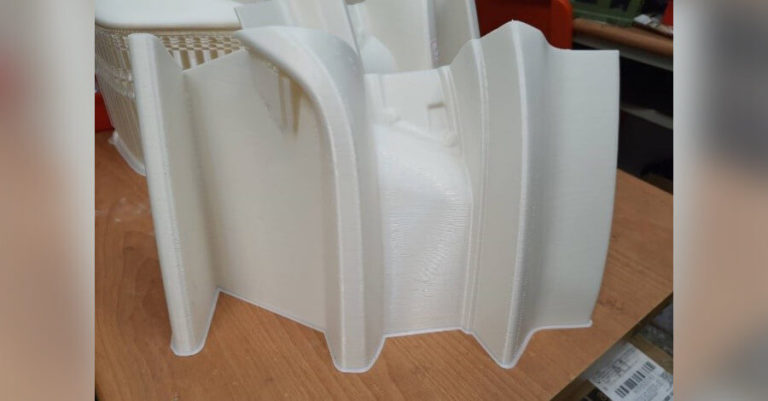 “Using the Raise3D printer for prototype testing can shorten our development cycle. Our development speed is increased by 5 times, and the cost is reduced by 90%.” -Senior Manager of Unitycoon.

Unitycoon has a broad auto parts customization client base that relies on its design and innovation capabilities. It manufactures personalized auto parts such as roof racks, body kits, radiator grilles, spoilers, etc. to meet each customer’s very specific needs and aesthetic requirements. Before producing the finalized parts, Unitycoon’s development team performs prototype testing on the usability and feasibility of every item.

Many Defects in the Traditional Prototyping Process

Before using 3D printing in prototyping, the development team manually measured the parts to obtain rough data, then used traditional CNC technologies to make large quantities of molds. Then the team processed the mold and prepared it for casting, for example, by casting the carbon fiber into the mold to obtain the final test prototype. Since each mold is hand-made by the staff, it requires extensive communication and coordination, complicating the production process and extending the production time. It is difficult for the development team to determine whether the mold has design errors or defects before it is completed and tested on the car. Redesigning and reproducing molds greatly delays the production schedule and increases production costs. This traditional production method also requires technicians with rich professional knowledge and a lot of time and energy, making it difficult to complete more complex designs.

The Unitycoon team took a pioneering approach to their activity by introducing 3D printing into the prototyping of auto parts. Transitioning from the traditional prototyping method to a new one based on 3D printing marks a huge shift. First the areas of the car to be modified are scanned with proper tools to obtain accurate model data. Then, using CAD software, the developers can observe the parts in great detail and modify them directly within the program, and redesign the appearance of the parts that make up those areas. After that, the developers print the model using a 3D printer. With 3D printing, the Unitycoon team can easily produce a complete, high-precision model, and can also easily verify its size and appearance by applying it on the car, and check if it requires further modifications immediately. 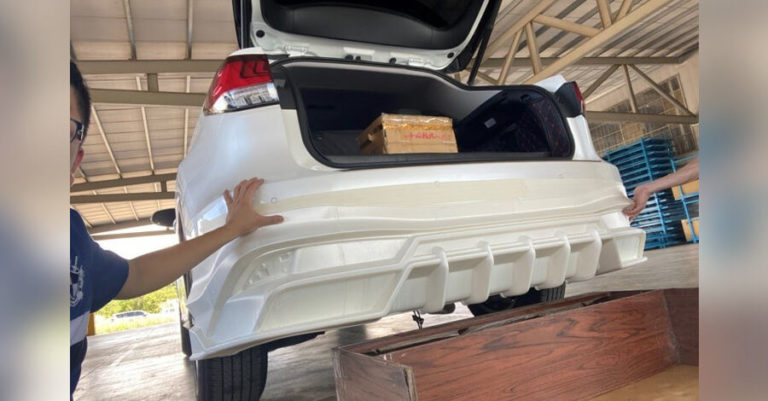 Unitycoon team verified the size and appearance of the model on the car itself.

Benefits of Using a 3D Printer for Production

3D printing greatly improves the efficiency of prototyping and reduces production time and costs. Unitycoon’s Senior Manager said that spare parts production speed accelerated by a factor of five when using a 3D printer. This acceleration is possible because prototypes can be made directly on the 3D printer and verified on the car without going through intermediate stages, such as molding and casting. This greatly shortens the production process and production time.

One way 3D printing lowers production costs is via the use of 3D printing materials, or as they’re more widely known, filaments. The low price of filaments can bring expenditures down by up to 90%. Additionally, because 3D printing builds a model additively, and in strict accordance to design specifications, it generates very little waste. This also helps cut down on costs associated with purchasing production material.

Finally, 3D printing can print any geometric shape, which greatly improves design flexibility. With the help of 3D printing, developers have no trouble with any car model and any complex parts, and can better meet the individual needs of customers.

Unitycoon chose Raise3D as its 3D printing partner and purchased Raise3D’s Pro2 dual extruder 3D printers for the entire prototype production process. The Pro2 produces high-quality 3D printed parts. The 0.2 mm nozzle in the Pro2 printer can achieve a printing layer height of 0.01 mm. The quality and accuracy of a part printed by the Pro2 is better than parts created by hand-made molds.

The Pro2 dual extruder 3D printer has a large build volume of 12 × 12 × 11.8 inches (305 × 305 × 300 mm) to accommodate larger models and can print those large models in one go. For especially sizable parts that cannot be completed in a single print, such as spoilers, the development team split the model into multiple interlocking parts using the slicing software ideaMaker developed by Raise3D. The team then assigned the task through the Raise3D cloud management platform RaiseCloud to multiple printers, with each printer producing a different segment. The printers would run concurrently, greatly reducing the production time of each model.

The development team can also monitor the printing status of the printers online through RaiseCloud, and adjust the printing progress of each printer at any time. This reduces the working hours of production staff and improves management efficiency. The smooth connection between the Raise3D Pro2 printer and the cloud management platform RaiseCloud meets the batch and multi-task printing needs of the Unitycoon team, allowing Unitycoon to embark on the track of mass production.

In addition to Raise3D’s ecological chain production process, Unitycoon’s Senior Manager also praised the pre-sales and after-sales services provided by Raise3D, which helped traditional manufacturing companies transition to a new production process based on 3D printing. Unitycoon is currently forming a 3D team that can speed up the development of their products.

3D printing technology can benefit the entire process of prototype testing, including design, modeling, production, and repeated verification. Unitycoon demonstrated the excellent benefits of mass production and large-size production capacity of 3D printing. Those benefits include reducing cost and time, breaking from the complicated traditional “manual production-testing” process, and creating a “what you see is what you get” prototype production way. Raise3D’s Pro2 dual extruder 3D printer and RaiseCloud platform assisted the Unitycoon team’s model production and management, allowing the team to expand new production lines and a broader market.

This case is shared by Kiden Traditing Ltd., Co. which is a Raise3D reseller in Taiwan.