What is the Information Prompt in the Lower Right Corner?

What is the Information Prompt in the Lower Right Corner?

1. What is the Information Prompt in the Lower Right Corner?

When you import the model into ideaMaker, the information of the model will be displayed in the lower right corner of ideaMaker, including model name, bounding box size, triangles, edges etc.

2. What does the prompt message in the lower right corner contain? 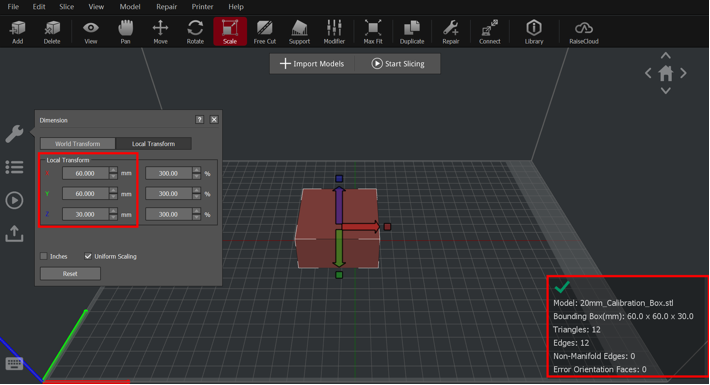 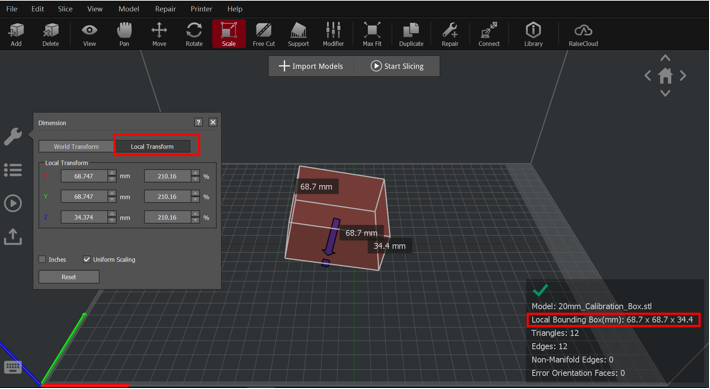 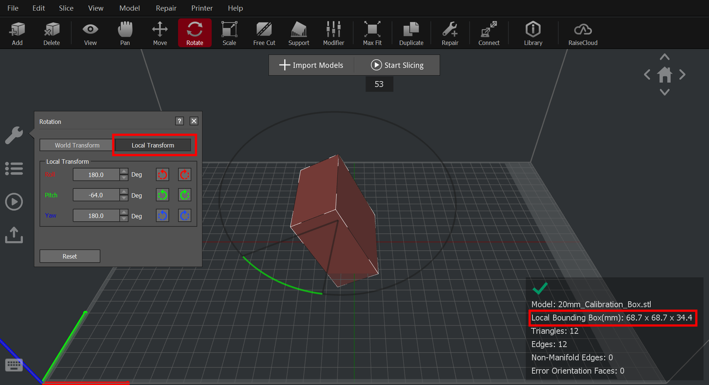 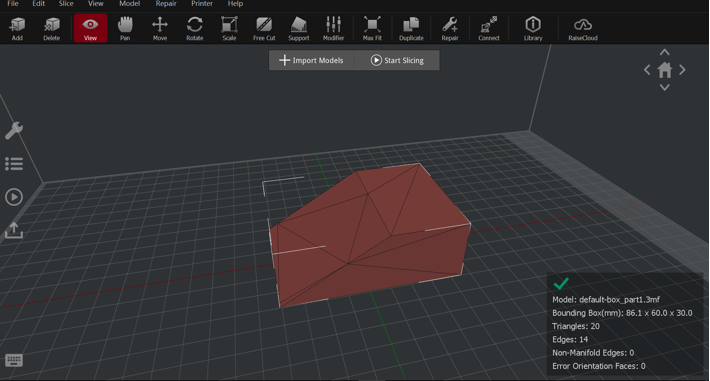 3) Edges refers to the number of edges in the model. 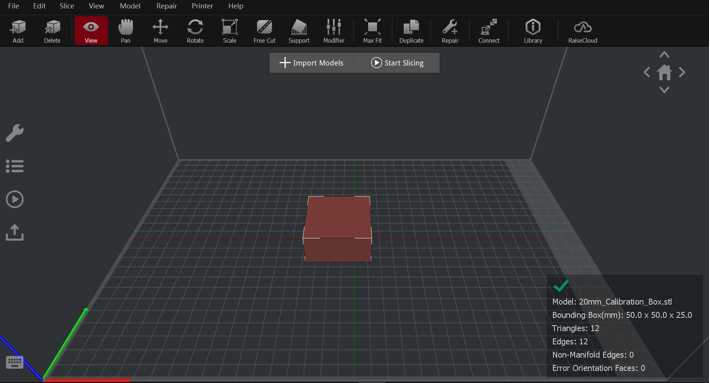 Figure 5 The number of edges.

4) Non-Manifold Edges refers to the number of non-manifold edges in the model. Generally, there are two types of non-manifold errors, one is an open object which means the model has holes or loose edges, another one is extra faces such as internal faces, overlapping faces etc. 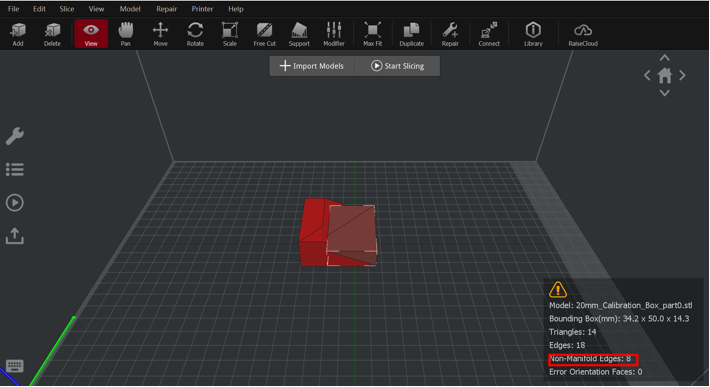 5) Error Orientation Faces refers to the number of error orientation faces in the model. In geometry, the orientation of an object (such as a line, a plane or a rigid body) is used to describe how it is placed in the space in which it is located. If the model is displayed in green, you’ll need to flip mesh orientation. 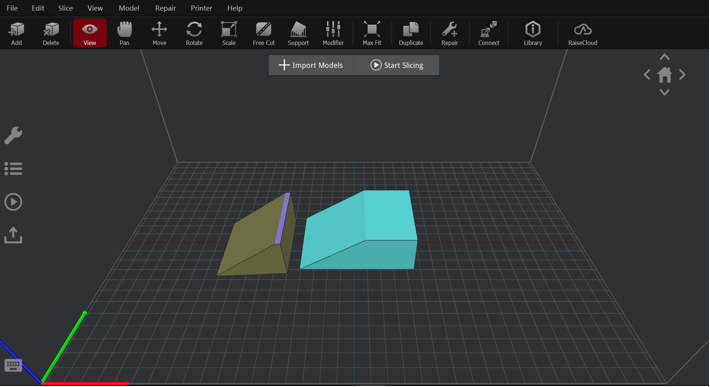 Figure 7 Model has an error

Note: You can select “Repair”> “Flip Mesh Orientation” on the Menu Bar to flip the orientation of the model. 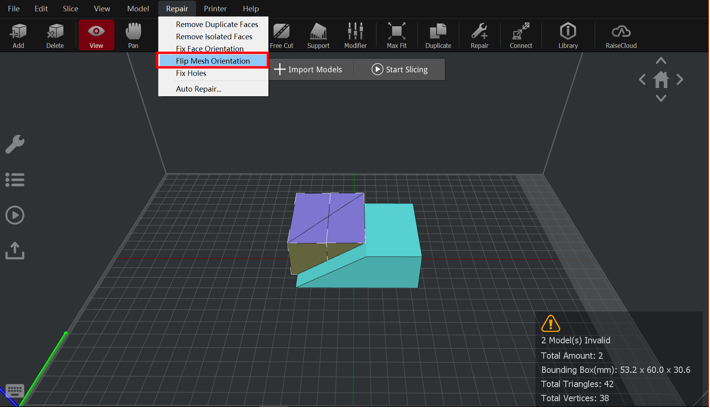 3. How to Repair the Error Displayed in the Lower Right-Hand Corner?