Added “Maximum Shells Overlap Percentage”
When the overlap percentage from a single shell loop is larger than the set value, the shell will be replaced with the solid infill structure. The setting can be found under Advanced Settings -> Layer.

For example, if you want to print a 0.7mm-width feature with 50% Maximum Shells Overlap Percentage and 0.4mm Extrusion Width, the resulting model will have a single shell loop with two lines where the inside has a 0.1m overlap. 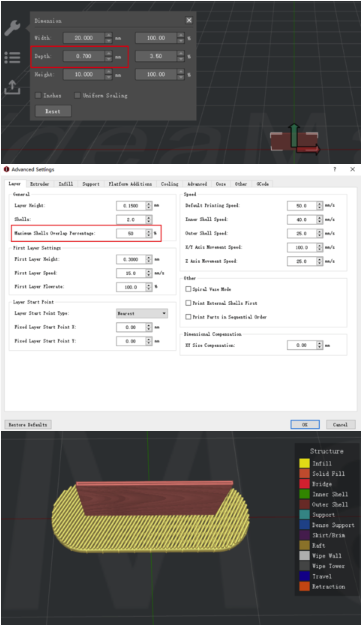 If the model has a 0% Maximum Shells Overlap Percentage and a 0.4mm Extrusion Width, the resulting model will contain a single wall with no shell loop. 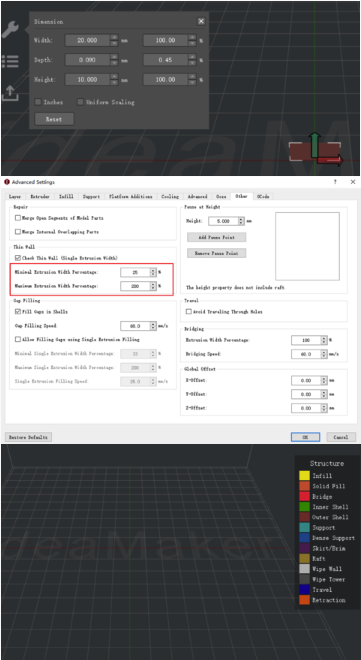 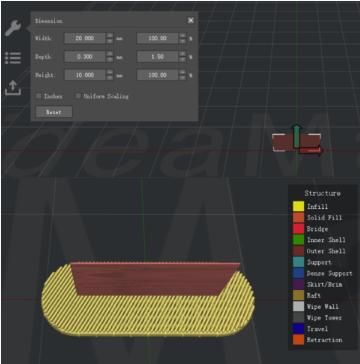 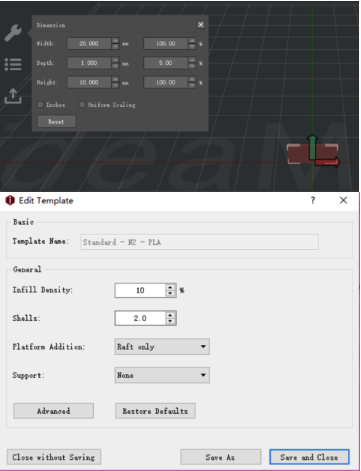 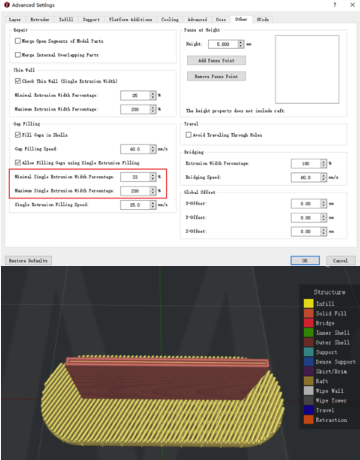 Added the Option to Enable or Disable Fan Speed Settings
Once you disable Use PWM-Controllable Fans under Printer Settings, the fan speed settings under Advanced Settings will become inactive. If there are no controllable fans on your printer, you can disable this option. 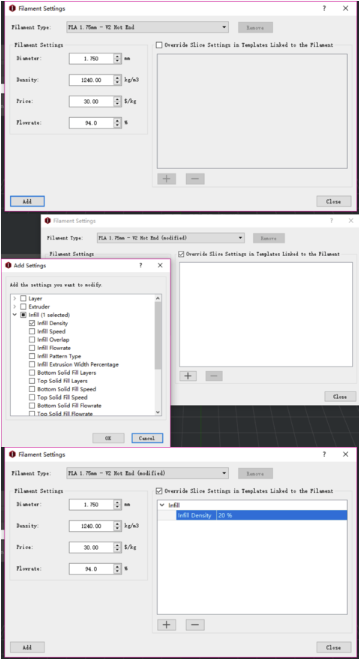 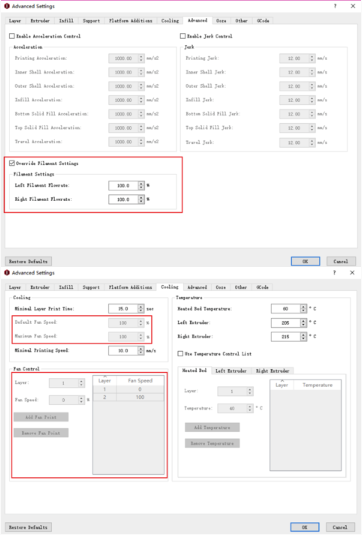 Added an Auto-Reconnection Function for Remote Control
During a remote connection with ideaMaker while printing, if the connection fails, ideaMaker will start auto-reconnecting after 30 seconds. It attempts to reconnect 3 times in total.

Added Support for Exporting Multiple Models
If you multi-select several models and choose to Export Model under File, the selected models will be combined as one model and can be exported together as one .stl file or .obj file.

Added Report Bug under Help
If you encounter a problem during using our products, please shoot a support ticket to report to us directly from the Help menu.

Added an Option for Selecting Currency for Filament Price
You can edit Currency under Edit -> Preferences.

Right click the model from the list and choose Rename. You can edit the name of the model which is useful when one single large model is being ungrouped or cut to be several smaller ones. 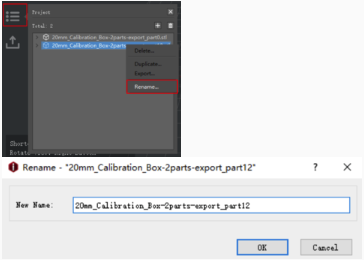 Added an option for selecting whether you would like to visualize GCode by traces without emulating extrusion width in 2D mode.

Replaced the Reprint Last Job and Add Another Job Buttons in Remote Control to a Confirmation Button.

Fixed Issue of Uploading Progress Display not Updating in time.